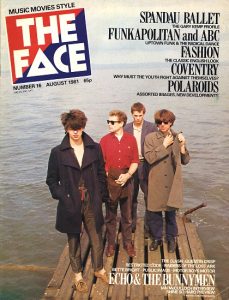 With Nigel Harrison and Clem Burke still footloose – they were recently spotted in New York recording Michael de Barre’s next album – and Jimmy Destri signed up for a Chrysalis solo album, the future of Blondie as anything more than an alias for Chris Stein/Debbie Harry Inc still looks distinctly shaky. 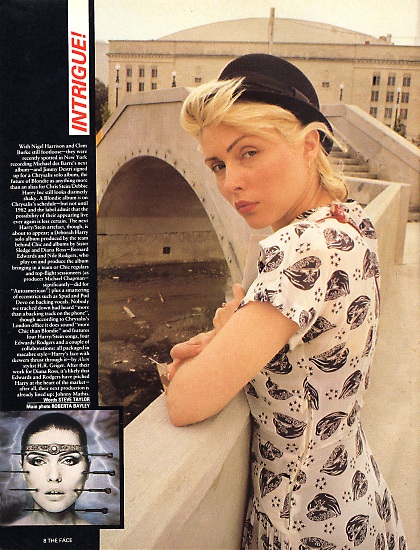 A Blondie album is on Chrysalis’s schedule – but not until 1982 and the label admit that the possibility of their appearing live ever again is less certain. The next Harry/Stein artefact, though, is about to appear; a Deborah Harry solo album produced by the team behind Chic and albums by Sister Sledge and Diana Ross – Bernard Edwards and Nile Rodgers, who play on and produce the album bringing in a team or Chic regulars and top-flight sessioneers (as producer Michael Chapman – significantly – did for “Autoamerican”) plus a smattering of eccentrics such as Spud and Pud Devo on backing vocals. Nobody we tracked down had heard “more than a backing track on the phone”, though according to Chrysalis’s London office it does sound “more Chic than Blondie” and features four Harry/Stein songs, four Edwards/Rodgers and a couple of collaborations: all packaged in macabre style-Harry’s face with skewers thrust through it – by Alien stylist H.R. Geiger. After their work for Diana Ross, it’s likely that Edwards and Rodgers have pitched Harry at the heart of the market – after all, their next production is already lined up: Johnny Mathis.
Words STEVE TAYLOR
Main photo ROBERTA BAYLEY