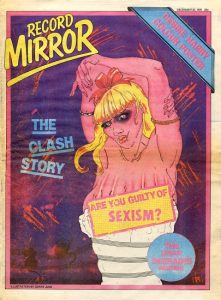 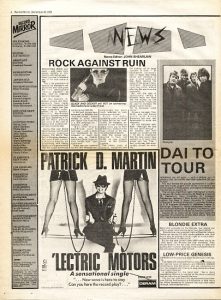 WITH ALL concerts on the Blondie tour selling out within a week, several extra dates have been added.
Blondie now play a second night at Deeside Leisure Centre on January 19, with tickets available now. And they’ll also be playing a fourth night at London Hammersmith Odeon on January 20.
But for the new London date 1000 tickets are to be “held back” for Blondie fan club members. They should write to the fan club, enclosing an SAE and quoting their number. Fan club tickets will be limited to two per person and cost £4.75 each. 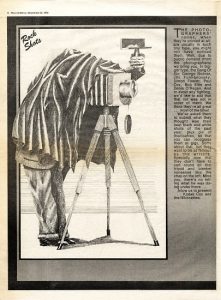 THE PHOTOGRAPHERS’ names, when they’re printed at all, are usually in such tiny type, you might not have noticed them. Well, due to public demand (from the photographers) we bring you, in bigger type, the Gang Of Six: George Bodnar, Jill Furmanovsky, Simon Fowler, Paul Cox, Bob Ellis and Denis O’Regan. And to avoid any fighting, we’d like to add that that list was 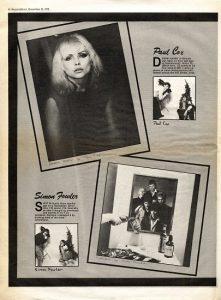 not in order of merit. We think they’re all great… most of the time!
We’ve asked them to submit what they thought was their best black and white shots of the past year, plus pix of themselves, so that you can recognise them at gigs. Sorry about that, but they want to be as famous as the writers. Specially now that they don’t have to cart around all that tripod and blanket nonsense like the chap on the left. Mind you, there’s no telling what he was doing under there…
Allow us to present… Kodak Cox and the Nikonettes.

Paul Cox
DEBBIE HARRY of Blondie was taken on their last date at Hammersmith. Nikon FE – 180mm lens. 125 speed at 2.8. Film rated at 800. I came up above all other photographers she looked across and hey presto, snap. 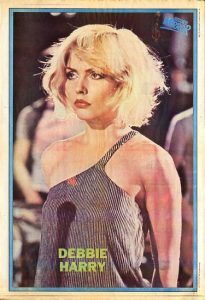