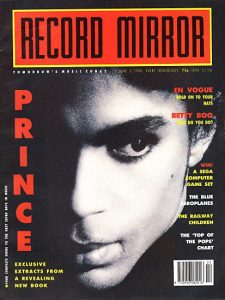 Remember ‘Heart Of Glass’ the first time round? That one moment when Deborah Harry rolled her eyes into the back of her head and gasped her way through the fade?
Eleven years on and that memory is obviously in the minds of many, as all necks crane to catch the earliest possible glimpse of her peroxide entrance. But the question as she faced the first audience of her current tour was had everyone’s favourite blonde passed her sell-by date? 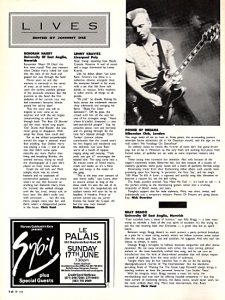 That the voice was still as magical as ever came as no surprise; and with the set largely compromising an edited run through both ‘The Best Of Blondie’ and her most recent long player, ‘Def, Dumb And Blonde’, she was never going to disappoint. With songs like those, how could she?
But as she shifted uncomfortably around the stage it seemed, more that anything, that Debbie Harry was playing a role – and it was one that didn’t come quite naturally any more. Rather than living and breathing Blondie, she seemed nervous, trying to recall the choreography of a part she’s played so many times before.
Could she still kick ass? Well, tonight there was no crowd hysteria and no explosion of uncontrolled applause – but there wasn’t an eye that focussed on anything but Deborah Harry from the moment she walked onstage until the last, tired, sweaty exit an hour later. She didn’t really rock with conviction… but she was there, people were near her, and there wasn’t a disappointed punter in the house.
Chris Hunt