Since the early ’90s, the rapid rise of the nostalgia industry has gone, similarly quickly, from frightening to irritating. Phenomena such as the cult of the tribute band and that postmodern, oh-so-ironic love for all things retro, got tired fast. Not to mention the subsequent, increasing occurrence of fondly remembered bands re-forming, usually for a feeble reunion album and a dignity-stripping tour.

New York new-wave pop heroes Blondie, who called it quits in 1982, already proved an exception to this trend once in 1999, when the No Exit comeback album proved a pleasant, if soon forgotten, surprise. With its follow-up The Curse of Blondie yet to be heard, let alone released, and the ageing band that bit older, worries for this show were not without foundation.

Such fears were soon dispelled. Clem Burke drummed with the vitality of someone 30 years younger, but with breathtaking skill and all the experience of his 47 years; he formed an indestructible rhythmic backbone with Leigh Foxx’s bass. The two other guitarists took turns playing absent founding member Chris Stein’s lead parts and revelled in the vintage hooks of the likes of Atomic and Sunday Girl. Jimmy Destri led most of the sparkling keyboard attack from his knees. (It seems the leather strides were a bad idea. The fact that he’s nearly 50 notwithstanding.)

And then there was Debbie Harry. Shimmying onstage in a punky black dress over a peach long-sleeved T-shirt, her platinum mop kept out of her face by a black headband, she still looked one of the most rock’n’roll women on the planet. Her voice was in remarkable, if not perfect, shape and although she did, at 58, sometimes dance a bit like your (grand)mother, she still had the poise and striking looks of her iconic younger self.

And the set? Blondie got through so many perfect moments from their late ’70s/early ’80s heyday – the ever ace Hanging on the Telephone, a beefed-up Call Me and the seductive Rapture among them – that the absence of Denis wasn’t noted until hours later.

The only troubling thing was that although new tracks such as Good Boys and lesser-known old ones such as 1979’s Accidents Never Happen fitted comfortably into the set – and proved decent enough songs – they were inevitably reduced to filler while everyone present waited for those others that every pop fan has burned into their hearts.

And those classics were why this was not, in the end, merely some pointless trip down memory lane. Every time one of them kicked in, this show became a deliriously enjoyable celebration of timeless, perfect pop. 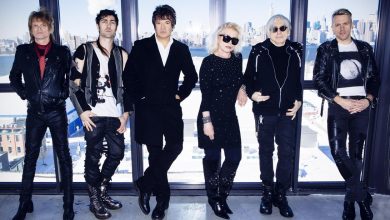 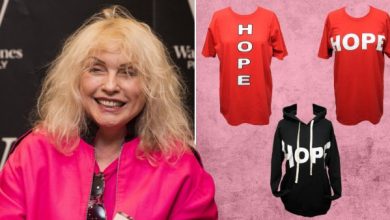 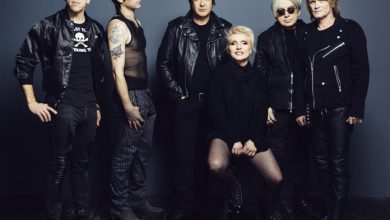 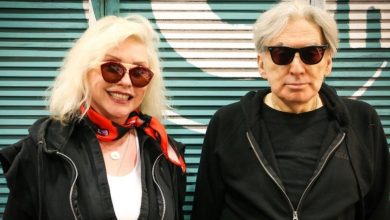