Blondie will release their second post-reunion album, The Curse of Blondie, in March on Sanctuary Records. In April, the band plans to tour the U.S.

The album finds the group, which reunited in 1998 after a sixteen-year break, exploring a range of styles. On the opening “Shakedown,” singer Deborah Harry revisits the rap game she took to the top of the charts with “Rapture”; the blissfully hooky “Undone” is a song Harry describes as “one of the early mega-pop Blondie songs,” a la “Heart of Glass” or “Dreaming,” and the lovely “Background Melody (The Only One)” mines the group’s more tender side.

On the album, Harry also does a bit of reflecting on the legendary New York punk scene in the jangly pop tune “Hello Joe,” a song she wrote for fellow CBGB vet Joey Ramone after his death in 2001.

“I had been to Joey’s wake, the funeral and the cemetery, and it was just all of the people and friends and musicians from the CB scene,” she says. “Some of them I hadn’t seen for more than ten years, and it was just so moving. Joey was always a sweetheart. I really loved the band obviously. To have him go like that and then right afterwards Dee Dee, it’s just completely shocking. So I wanted to write something. I know it doesn’t make much sense because the music doesn’t really have anything to do with what the Ramones do, but it’s a tribute.”

While The Curse of Blondie will feel familiar in places to longtime Blondie fans, the album is by no stretch a retread. In fact, the array of styles and emotions captured within the fourteen songs make it among the band’s most varied works. According to Harry, the opportunity for the band members to grow as musicians was what prompted the group to reunite.

“There really was no reason for us to get back together,” she says. “It wasn’t like it was an easy thing, that we were going to make a bundle of money and people were just going to come out and see us automatically. It was something we really had to put our heads to.” 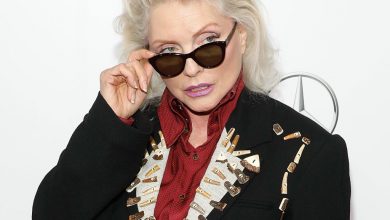 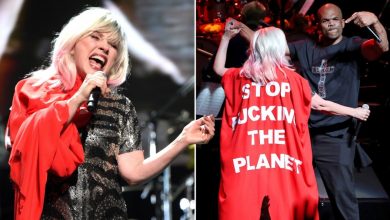 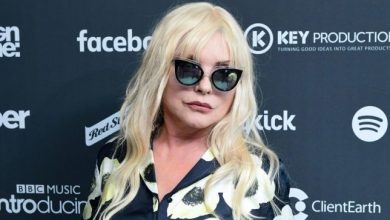 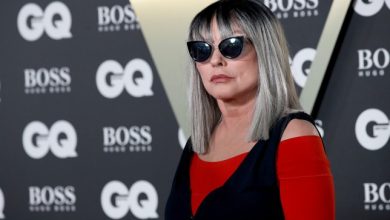