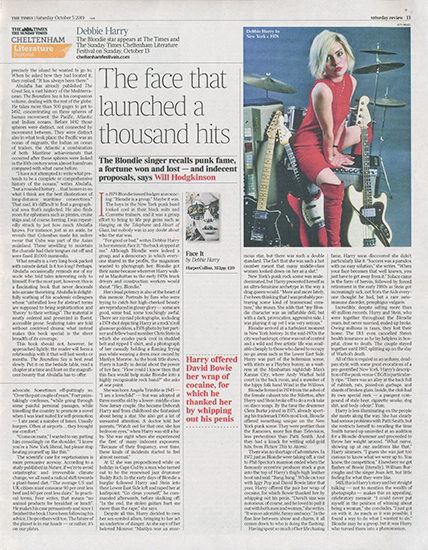 Debbie Harry
The Blondie star appears at The Times and The Sunday Times Cheltenham Literature Festival on Sunday, October 13
cheltenhamfestivals.com

The face that launched a thousand hits