Debbie Harry has always known how to make a statement and for her latest gig, the singer let her outfit do the talking – and the subject was climate change.

Specifically, she wore a bright red cape emblazoned with the words: ‘Stop f***ing the planet’.

The Blondie frontwoman, 74, stepped out in the striking ensemble for The Rainforest Fund 30th Anniversary Benefit Concert at Beacon Theatre in New York City yesterday.

Wearing black boots over ripped stockings, and a silver, sequined dress, she flung the cape over her shoulders as she performed, spreading it wide for the message to be read loud and clear by fans.

Debbie’s performance follows a recent interview in which she claimed she ‘would definitely have made a lot more money if she’d been a hooker, not a singer.’

‘There were always rumours about me like that,’ she added to Event magazine.

She also spoke about Extinction Rebellion in the interview, as she said: ‘When I get back to America I’m thinking of joining Jane Fonda’s climate protest and getting arrested with her.

‘You have to fight for what you believe in,’ she added. ‘I love Greta Thunberg. To me she is a modern-day Joan of Arc.’

Grace & Frankie star Jane has made global headlines this year for joining in climate change protests in Washington DC – and being arrested multiple times.

Debbie and her bandmates, meanwhile, are known for their long history of political activism. For example, they turned down a high-profile performance at the 2014 Winter Olympics in Sochi to protest anti-LGBT legislation in Russia.

They’re of course known for hits like Hanging On The Telephone, The Tide Is High and Heart Of Glass. 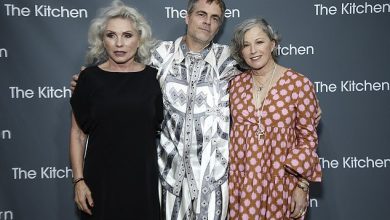 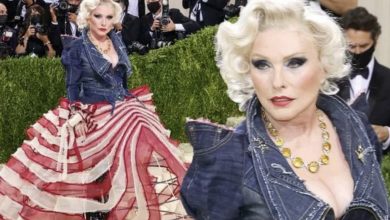 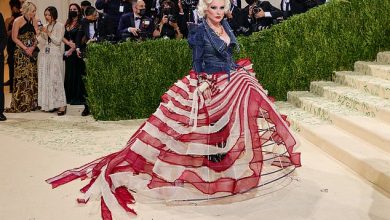 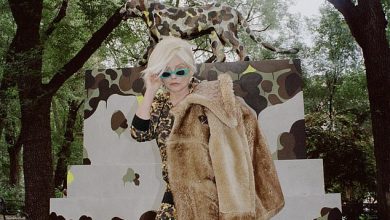 Blondie’s Debbie Harry, 76, stands out in a camouflage print TRACKSUIT as she oozes punk rock glamour for a new Coach fashion campaign