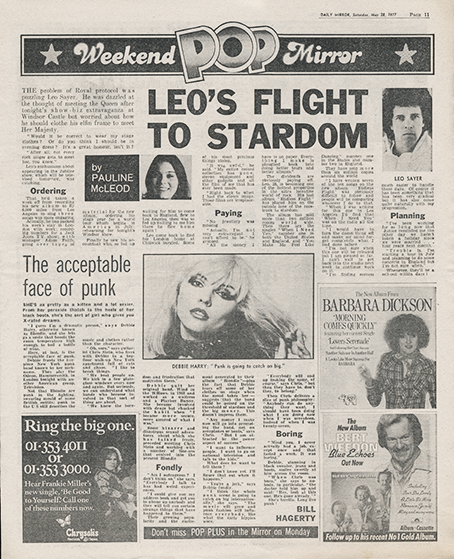 The acceptable face of punk

SHE’S as pretty as a kitten and a lot sexier. From her peroxide thatch to the heels of her black boots, she’s the sort of girl who gives you X-rated dreams.
“I guess I’m a dramatic person,” says Debbie Harry, otherwise known as Blondie, and she lets go a smile that boosts the room temperature high enough to boil a bottle of wine.
Here, at last, is the acceptable face of punk.
Debbie fronts the five-piece New York punk band known by her nickname. They play the Odeon, Hammersmith in London tonight with another American group, Television.
Not that Blondie are punk in the fighting, swearing mould of some British outfits; punk in the US still describes the music and clothes rather than the character.
“Oh sure,” says guitarist Chris Stein, who lives with Debbie in a top floor walk-up New York apartment full of cats and chaos. “I like to break things.
“We beat people up. We kick in a few plate-glass windows every now and again. But seriously, we can understand what bands who become involved in that sort of thing are about.
“We know the boredom and frustration that motivates them.”
Debbie quit her original band, Wind in the Willows, in 1968 and worked as a waitress and a Playboy Bunny. She became involved with drugs but chucked the habit when “I became more secure, more assured of what I was.”
Some bizarre and disastrous sexual adventures about which she has talked freely, preceded meeting Chris Stein and working with a number of line-ups that evolved into the present Blondie.

Fondly
“Am I outrageous? I don’t think so,” she says. “Everybody I talk to has had weird experiences.
“I could give you my address book and get you to phone up anybody and they will tell you certain strange things that have happened to them.”
Their growing popularity and the excitement generated by their album “Blondie” – plus the fact that Debbie tears off some of her clothes on stage when the mood takes her – suggests that the band could be poised on the threshold of stardom and the big money. This doesn’t impress them.
“Any money I make now will go into promoting the band, not on aeroplanes or boats,” says Chris. “But I am attracted by the power aspect of success.”
“I want to influence people. I want to go on national television and talk to the kids.”
What does he want to tell them?
“I don’t know yet. I’ll figure that out when it happens.”
“You’re a jerk,” says Debbie fondly.
“I think the whole punk scene is going to catch on big internationally,” she says. “The music will grow and punk fashion will influence everybody, like what early hippies wore.
“Everybody will end up looking the same, of course,” says Chris, “but then they have to, don’t they, to belong.”
Then Chris delivers a slice of punk philosophy: “Anybody can do anything they want. I should have been doing what I’m doing now when I was seventeen, instead of when I was twenty-seven.

Boring
“Mind you, I never actually had a job, except once and that lasted a week. It was boring.”
Debbie, stunning in black sweater, jeans and boots smiles sweetly at him across the room.
“When Chris was born,” she says to nobody, in particular, “the doctor held him up and said: ‘Hey, look at this one. He’s gone already.'”
She’s terrific. Long live punk! 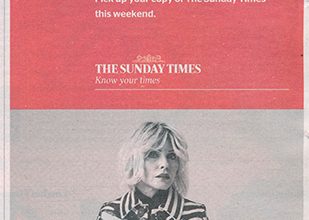 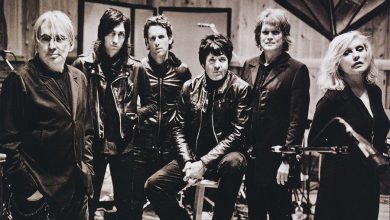 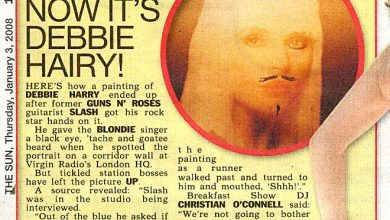 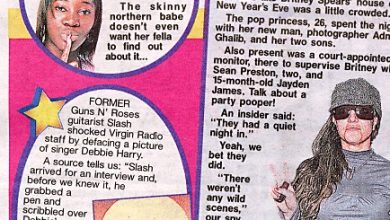