November 1978
The first ever issue of Smash Hits 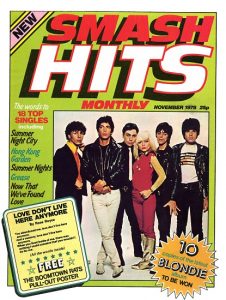 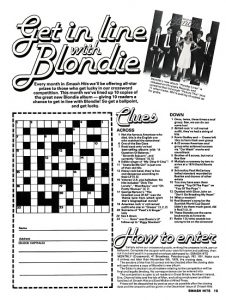 Page 15
Get in line
with
Blondie
Every month in Smash Hits we’ll be offering all-star prizes to those who get lucky in our crossword competition. This month we’ve lined up 10 copies of the great new Blondie album – giving 10 readers a chance to get in line with Blondie! So get a ballpoint, and get lucky. 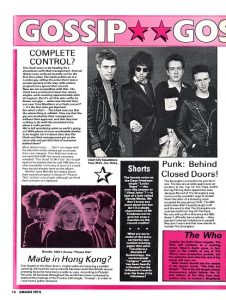 More disharmony… Don’t run away with the idea that artists always get to choose their own releases. Tom Robinson was so annoyed that EMI, his record company, released “Too Good To Be True” as a single against his wishes that he told TRB fans in a club newsletter not to buy it since it’s a track they should already have on the album.
Neither were Blondie too happy about their record company’s choice of “Picture This” as their new single, although we think their criticism is misplaced.