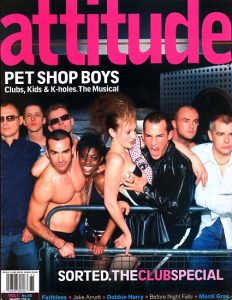 The spirit of Blondie is preserved in several monumental images or states of mind: the sheen of a shining red convertible on a summer’s afternoon; the thrill of the day before your birthday; the pouting lip-glossed strut of a 14 year-old at her first school disco. Or even that split-second camera flash where, just for a moment, you are in the spotlight. Tonight, your hair is beautiful…
If the term ‘Girl Power’ had been masterminded in the late 70s it would surely have been applied to Debbie Harry, vocalist of Blondie. She was more than any female performer: she signed, sealed and delivered the whole Riot Grrrl/Girl Power movement years before Madonna had even started ragging her hair, and shared a similarly rebellious attitude. “I tried to avoid the hackneyed rock poses and movements,” she says, “along with the usual use-me-abuse-me attitude of most girl singers.” Indeed, the general visibility of female performers at the time was roughly limited to two camps: furrow-browed singer-songwriters (Joni Mitchell, Janis Ian) or flailing divas stranded at high-tide from a decade previous (Tina Turner, Cher). Crucially, the majority were master-minded by men.
But no record company supremo could have formulated Debbie’s pouting attitude, fashion forging or trademark harmonies. Equal parts mirth, melody and mayhem, Blondie virtually defined the emergence of a new musical direction at the convergence of the 70s and 80s. Their unholy alliance of disco, power-pop, reggae and the first stirrings of white hip-hop was motored by the aggression of punk and nightspots like the legendary CBGBs. All of these small and contrasting details contributed to Debbie’s status as one of the few women in music to kick ass on a truly global scale.
Debbie was the magnetic yet accessible spearhead/spokeswomen for a new generation, and blew all 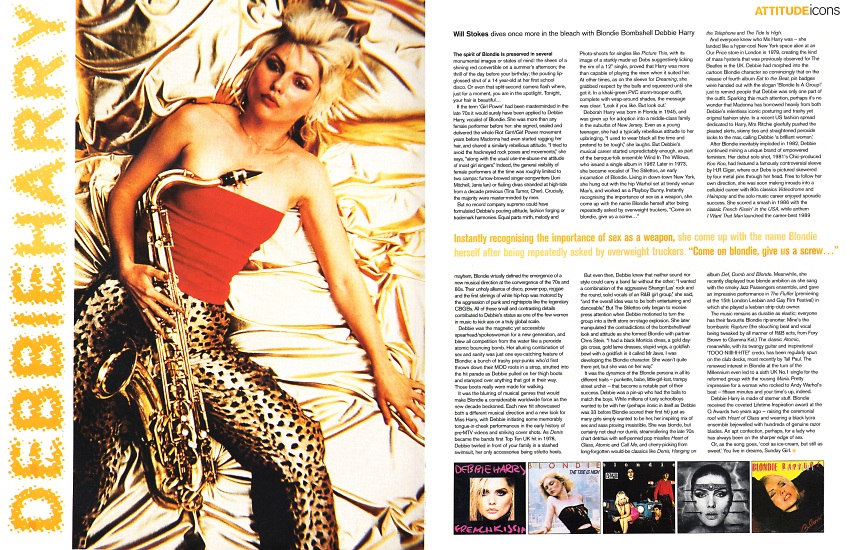