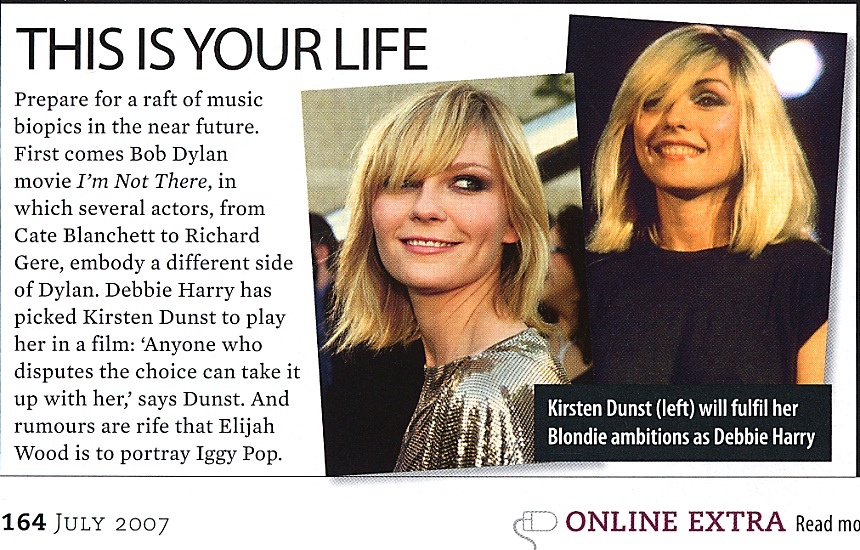 Prepare for a raft of music biopics in the near future.
First comes Bob Dylan movie I’m Not There, in which several actors, from Cate Blanchett to Richard Gere, embody a different side of Dylan. Debbie Harry has picked Kirsten Dunst to play her in a film: ‘Anyone who disputes the choice can take it up with her,’ says Dunst. And rumours are rife that Elijah Wood is to portray Iggy Pop.

live - THE MAIL ON SUNDAY