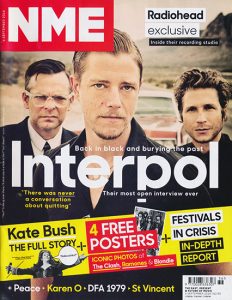 Chalkie Davis, recipient of the Outstanding Contribution Award at this year’s NME Music Photography Awards with Nikon, talks us through his most memorable rock’n’roll creations

Fixing faulty aeroplanes or striving to create some of the most iconographic music photography of all time?
A teenage Chalkie Davies knew which he’d prefer. As a young man working for British Airways at Rhoose Airport near the seaside town of Barry, Davies just couldn’t shake the idea of a bigger adventure. He could stay put and mend battered aviation machinery, or channel his talents into creating a legacy entirely of his own, combining a love of photography with a pursuit of rock stars who harboured equally sky-high ambitions.
For every music fan’s sake, thankfully he chose the latter. Davies may not have provided the riffs or the lyrics, 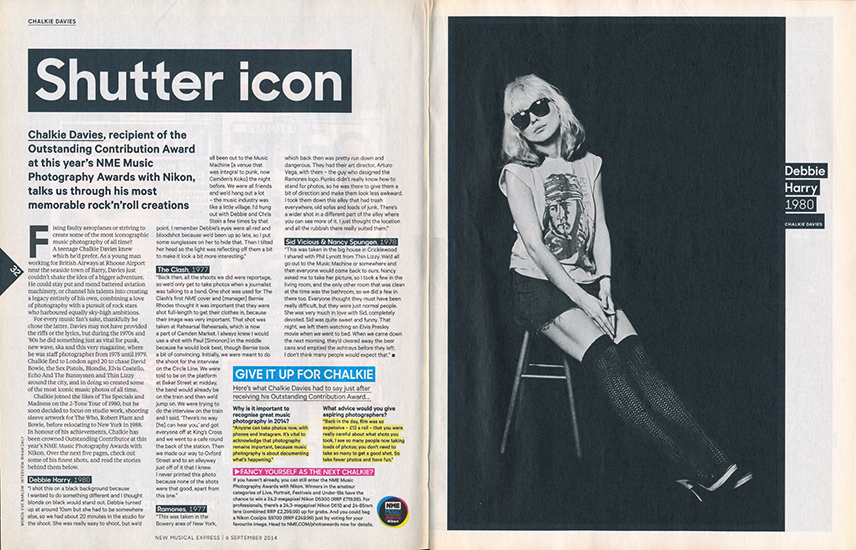 but during the 1970s and ’80s he did something just as vital for punk, new wave, ska and this very magazine, where he was staff photographer from 1975 until 1979. Chalkie fled to London aged 20 to chase David Bowie, the Sex Pistols, Blondie, Elvis Costello, Echo And The Bunnymen and Thin Lizzy around the city, and in doing so created some of the most iconic music photos of all time.
Chalkie joined the likes of The Specials and Madness on the 2-Tone Tour of 1980, but he soon decided to focus on studio work, shooting sleeve artwork for The Who, Robert Plant and Bowie, before relocating to New York in 1988.
In honour of his achievements, Chalkie has been crowned Outstanding Contributor at this year’s NME Music Photography Awards with Nikon. Over the next five pages, check out some of his finest shots, and read the stories behind them below.

Debbie Harry, 1980
“I shot this on a black background because I wanted to do something different and I thought blonde on black would stand out. Debbie turned up at around 10am but she had to be somewhere else, so we had about 20 minutes in the studio for the shoot. She was really easy to shoot, but we’d all been out to the Music Machine [a venue that was integral to punk, now Camden’s Koko] the night before. We were all friends and we’d hang out a lot – the music industry was like a little village. I’d hung out with Debbie and Chris Stein a few times by that point. I remember Debbie’s eyes were all red and bloodshot because we’d been up so late, so I put some sunglasses on her to hide that. Then I tilted her head so the light was reflecting off them a bit to make it look a bit more interesting.”

Blondie's New York and the Making of Parallel Lines