The group Blondie—vocalist and songwriter Debbie Harry, guitarist and co-conspirator Chris Stein, drummer Clem Burke, keyboardist Jimmy Destri, bassists Gary Valentine and Nigel Harrison, and guitarist Frank Infante—were one of the success stories of American punk rock, the only member of the 1975 CBGB’s class with No. 1 hit singles and Top 10 albums. They wrote pop hits that were still unquestionably rock’n’roll; Harry’s lyrics were direct and funny while maintaining an air of mystery. The band embraced disco before the days of Disco Demolition and befriended early rap pioneers when very few people outside of the South Bronx cared about this new musical form. They also deliberately cultivated their visual presentation, teaching a generation of kids how to thrift and look good doing it.

Harry grew up in New Jersey and crossed the Hudson to NYC when she was old enough to escape: “I didn’t have a career motivation; I had a personal motivation,” is how she described it. She held a variety of odd jobs while trying to figure things out—a waitress at Max’s Kansas City, a stint as a Playboy Bunny—and briefly sang in a folk group called the Wind and the Willows, though her heart was more aligned with the new, glammy guard down at the Mercer Arts Center. She formed a band called the Stilettos, and it was at one of their gigs that Harry met Chris Stein. They soon split off from the Stilettos to form Blondie and the Banzai Babies, eventually shortened to the moniker Harry heard when she walked her newly peroxide-blonde self past construction sites: “Hey, Blondie!”

Against the Odds is Blondie’s first archival presentation of their essential years, available in a variety of formats. The super deluxe collector’s edition contains their first six studio albums, four records of outtakes and rarities, a book of liner notes featuring new interviews with every band member, a 120-page annotated discography, and some bonus extras. If you already have the albums and just want the rarities, Numero offers that option on either vinyl or CD, both of which still come with a smaller version of the same liner notes. This shouldn’t be noteworthy but it is; it’s the difference between a detailed and respectful chronicle of a band’s legacy versus a label that sees dollar signs. It’s also not surprising given that the first “thank you” in the acknowledgements is to “Blondie Nation.”

Back in the day, the band handed out promotional badges that read BLONDIE IS A GROUP!—a clever but futile attempt to get radio DJs and music consumers to understand that this wasn’t the kind of joint where a svengali plucked an attractive woman out of obscurity and stood her in front of a bunch of hired hands. They were a project, a collective of like-minded folks who shared a specific love for Brill Building-era girl groups and 1960s pop songs, but not with the worshipful approach of nostalgia acolytes. Blondie weren’t trying to duplicate what had been done before, but instead cherry-picked the musical bits and pieces that they liked and refashioned them to meet their particular specifications, which was punk rock’s DIY ethos in action.

All of the elements are there in their eponymous 1976 debut: the nods to ’60s pop, the vivid lyrical imagery, the Blondie attitude, the visual presentation, the wry humor, the musical chops. Every record after that built on this solid foundation, which becomes obvious when working your way through a comprehensive collection of the band’s output. The outtakes and rarities within the box set reinforce that. “Heart of Glass,” the hit from 1978’s Parallel Lines, began life as a wannabe reggae tune that couldn’t quite get off the ground. The demo included here has less reggae and more rock, but doesn’t yet have the magic of the final version. But the presence of the demo compared to the album reinforces that despite the disco-fication of the track, it’s still very much a rock song with disco influences. The same can be said for “Call Me,” the 1980 megahit recorded with producer Giorgio Moroder—whose work with Donna Summer directly inspired “Heart of Glass”—on the American Gigolo soundtrack. This was about the time that the band was accused of “selling out,” though there wasn’t a band at CBGB’s who didn’t want a record deal and the success that came with it.

1979’s Eat to the Beat, which got overshadowed by “Call Me,” holds three solid hits (“Dreaming,” “Atomic,” and “Union City Blue”) and “The Hardest Part,” an underrated funk number that should have been massive. The band (and the producer) are open about the effects of drugs and egos and other intra-band drama on the recording, which isn’t obvious from the outside, even with the benefit of hindsight. 1980’s Autoamerican was far more experimental in nature than its predecessors, but still built on the band’s formative core. “The Tide Is High” is ’60s pop from Jamaica, reinforced by the demo; “Rapture,” despite the dashed-off rapping outro (the liner notes tell how Harry wrote it on the spot in the studio, in about five minutes), was more new wave and pop than hip-hop. The Hunter, the band’s final release before a long hiatus, stays true to their loves and their influences, but pales in comparison to its predecessors, something the band notes was a casualty of all the usual band strife, as well as plain old burnout. That, too, is more visible from the 30,000-foot view of Against the Odds: “We put the lid on the coffin with this one,” Harry comments.

“I can make a long list of things I would do differently,” Harry says in the beginning of the liner notes. “But if I were actually thrown back there, I’d probably do it all the same.” Against the Odds perfectly captures the band’s legacy precisely because it presents the history, music, and memories with an admirable degree of honesty and doesn’t try to make the story into something it wasn’t. It’s easier to do that when the music can stand on its own merits, because all you have to do is hear it for yourself. 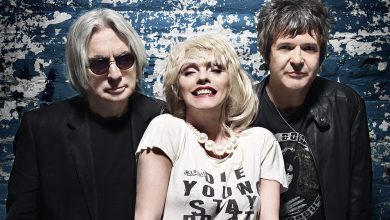 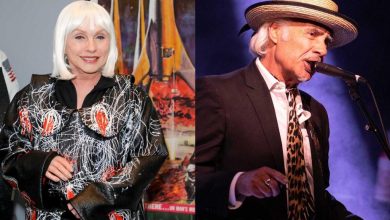 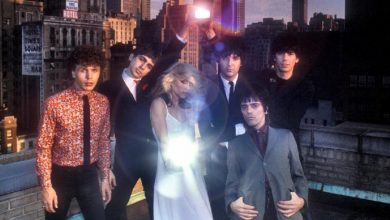 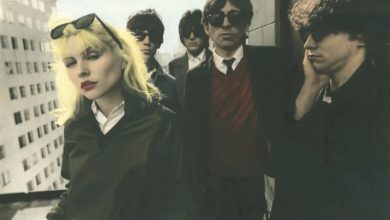