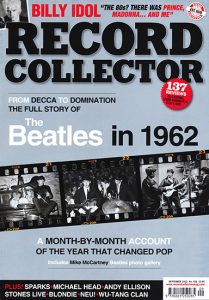 Reviews – From The Vaults

In many ways, Blondie are the ultimate group who should never receive the box set treatment. Their very essence was high-intensity art-pop on 45, not given to deep treasures and acoustic demos. However, in spite of that, Blondie have not only produced the good, but done so in the same scene-stealing manner they did when they tore the charts up in the late 70s.

In its fullest version, Against The Odds 1974-1982 features 124 remastered songs (36 previously unreleased) cut at Abbey Road with alternate versions and outtakes plus a 120-page discography and a 144-page hardback book with commentary from all the band. It is quite a spectacular thing.

Against The Odds: 1974-1982 contains the group’s six albums of that era, which can be split broadly into three: the ascent (Blondie, Plastic Letters); the summit (Parallel Lines, Eat To The Beat); and the descent (Autoamerican, The Hunter). Some of these reveal their charms slowly and others – well, Parallel Lines – bludgeon with their surfeit of immediacy and chutzpah. 1982’s The Hunter, arriving just as the parade had left town, is worth reappraisal – especially the return-to-the-source English Boys, a heartfelt tribute to John Lennon. It’s coda, a nod to Sunday Girl, suggests that, by 1982, their luck had run out, and the group knew it was over.

As Against The Odds 1974-1982 is hardly going to be purchased by the casual fan, it’s all about what is concealed within the 36 previously unreleased tracks. The earliest material – three years before the group’s debut album – is fascinating, as everything is in place. Their version of The Doors’ Moonlight Drive is a revelation, so unlike what you’d imagine; it starts like The Clash and, by its close, anticipates The Stranglers.

From 1974, Out In The Streets underlines how much Blondie were influenced by girl groups. The Disco Song is fascinating, as it is an early sketch of Heart Of Glass, lazy and stoned, with all its components in place, clearly deemed inappropriate when new wave first took hold. Groovy and loose, this spirit is carried forward even further on Sexy Ida, with Harry’s unmistakable voice disinterestedly tearing up the Ike and Tina Turner classic. How RC wishes that an album from this period had been captured. There is excellent humour, too, with Harry laughing at the start of a collapsed X Offender, before its taut single mix, emphasising the sheer power (pop) of the group. The isolated synthesiser versions of Heart Of Glass, War Child and Call Me capture the group sounding somewhat like a Throbbing Gristle outtake.

Against The Odds 1974-1982 is a supreme lesson in how to do it – the super-ornate approach of the Numero Group, combined with the knowledge of Universal’s catalogue department, bringing together all seven members of the original band – many with their notoriously testy pasts and relationships – to create something superior. Debbie Harry’s voice throughout is mesmerising – like Diana Ross, it’s not about technical excellence, but good heavens, what it conveys; it’s among the very greatest in pop. It is so beguiling, you cannot quite put your finger on it.

Blondie guitarist Chris Stein on how Against The Odds 1974-1982 came together from tapes he found in his barn. Sorry, garage…

Hello, Chris. This is quite the mammoth box set, isn’t it?
I just saw it the other day. It weighs 18 pounds! You could literally work out with it. It’s pretty epic. Those guys at Numero did a good job. It’s fabulous, it’s got great packaging. I think people are going to like it. It’s a little on the expensive side, but I see people pay large amounts for old VHS tapes at this point, so who knows?

Why was now the time to go back through the archives from those early days?
It came from me getting all my tapes digitised, or attempting to get some of it digitised. Blondie is an ongoing thing; this is just one manifestation of it. I had a garage full of tapes and we started dealing with all that.

Is that the barn I’ve read about?
It’s not a barn! I don’t know where that came from, it’s a garage under my studio, Upstate.

OK, sorry, it’s a garage. Once you started going through everything, what was the most surprising thing to you?
I had mental notes of what everything was – I have a good memory so I always knew it was there. There’s still a ton of stuff that hasn’t been dealt with yet. Getting it digitised was just a case of giving it to Steve Rosenthal, the guy who used to run the Magic Shop, a really great old studio where we did the last album [2017’s Pollinator] and where Bowie did Blackstar. Steve was the proprietor of the Magic Shop and when those guys got priced out of being in SoHo because of the rising rent costs, they moved to Brooklyn. They had always been doing digitising so it was just a matter of turning the stuff over to them. We had a truck come up and put everything in the truck.

There are 36 unreleased tracks on the set. Which is your favourite?
There’s some weird little jams and stuff that I’m very fond of. The early demo of The Tide Is High is pretty great in its weird way. There’s a bunch of stuff on there. I like the version of the Doors song except it’s missing the front of it. The story on that was it was recorded during the second album; we used to do that song in our live performances and we were at the studio and we started playing it off-the-cuff and someone in the control room put the tape on but they missed the front of it, so it’s two thirds of the song. It’s pretty great, I don’t know why we didn’t just start over again and record the whole thing!

Are there any that you regret not releasing at the time?
No, not really. That kind of stuff drives one crazy in later life.

Which do you think the most ardent Blondie collector will be excited about?
Maybe some of the demo stuff and the home stuff is interesting. There’s a first version of Sunday Girl which was on a four-track in the house. The song is kind of all there, you know what it is, but it’s a meagre version of the original.

This is the defining Blondie collection. But if you could only hold on to one thing from across your career, what would it be?
Oh, shit, I don’t know. Maybe one of the records, Autoamerican or something. I’m still very proud of those things.

As told to Niall Doherty 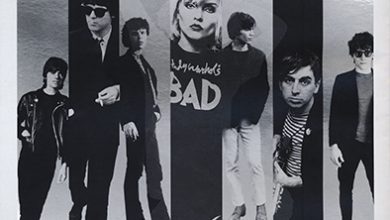 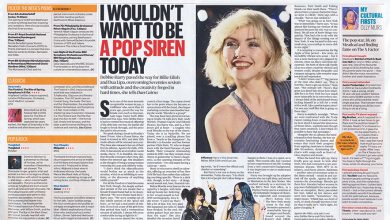 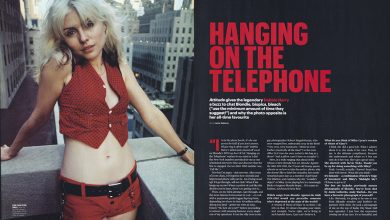