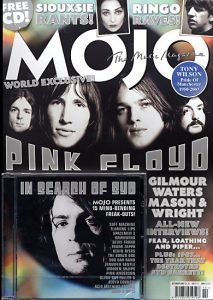 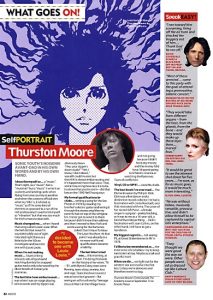 “They would take from different organs – from the liver, from the glands, from the bone – and they would make up these injections… marvelous.”
DEBBIE HARRY ON GETTING ANIMAL CELL INJECTIONS. 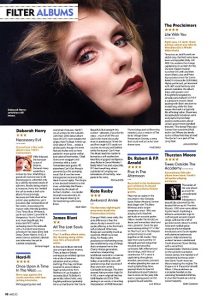 If life followed the baroque script of dreams, Deborah Harry would be a recluse by now, inhabiting a grand old mansion and a silk dressing gown, attended only by a silently devoted coterie of admirers. Reality being what it is, however, Harry has heeded the call to make a sixth solo album. Unsurprisingly, Necessary Evil falls short of her prime’s pop perfection, yet it provides a fair compendium of her career, showcasing the mature radio-friendly goddess (Two Times Blue, Whiteout), punk-rock totem (Love With A Vengeance, You’re Too Hot) and, most beguilingly, the insouciant NYC native sashaying down the sidewalk with a hundred boomboxes echoing in her steps (Dirty And Deep, Charm Alarm). At 62, it seems Harry’s ambition, blonde and otherwise, has yet to subside completely.
Victoria Segal